Here's everything we know about the suspicious shooting with an implausible narrative.

Officials were still concealing the identity of the police officer accused of mistakenly entering a Dallas apartment and killing the Black man who lived there on Friday. But social media users were apparently on the case, seemingly revealing the name of and other information about the off-duty cop whose purported blunder of confusing her apartment for the one belonging to Botham Shem Jean just didn’t seem to add up.

Allegedly the Officer’s name is Amber Guyer Badge #10702. If she honestly thought she was at the wrong location then her key wouldn’t work. Her apartment number is 317. Does anyone know his apartment number? Were they neighbors? #bothamshemjean pic.twitter.com/xh3f8IUdw2

Amber Guyger, who may also go by Amy, allegedly had some type of relationship with Jean, 26, before he reportedly opened the door she was trying to get in and shot him on the spot, according to hundreds of tweets as of Saturday morning.

Details were sparse and it was unclear why the Dallas police department remained so silent; unless, of course, it was trying to massage the implausible narrative it was trying to push surrounding the suspicious shooting.

Ok y’all, idk anything for sure but here’s an update. Her name is amber guyger. She’s the one in the sunglasses. That pic is from Botham’s ig last year, she’s lightened her hair. Police have gotten rid of her social media accounts but here’s pics and RECORD OF HER LAST SHOOTING pic.twitter.com/R85A6kybUh

UPDATE: Police now say that this cop used a key fob to enter the wrong apartment. Instead of flashing green and unlocking, it flashed red…repeatedly.

When Botham opened the door to HIS APARTMENT, she unholstered her gun and shot him dead immediately. No struggle. Just murder. https://t.co/fPnn4JxGlt

When Jean reportedly opened the door, the officer fired her gun immediately and killed him on the spot.

A warrant for the woman’s arrest was reportedly set to be issued, but there was no confirmation that had happened as of Friday night.

The police have sought a manslaughter warrant for her arrest hours ago. Why isn’t she in custody? The shooter is potentially still armed & dangerous, and a threat to public safety.

And if they can’t find her, shouldn’t Dallas Police Dept release her name and photo to public? https://t.co/95KMsvcPPP

The only information online about Guyger pertains to a shooting she was involved in last year. At the time of the May 12, 2017, shooting, Guyger had been a member of the Dallas police force for three years and six months, according to the department’s press release about the incident.

Several photos purportedly of Guyger have emerged on social media, including one of her smiling alongside a tattooed white man holding up what appear to be white Power symbols with both hands.

It's from fb. From the mom's or sister's page. Amber Guyger is the center person. pic.twitter.com/sRMx7VjyFl

An Instagram page bearing the name Amber Guyger only had three photos and two videos, but it didn’t seem official.

Dallas police issued a brief statement on Friday about the tragedy that arguably involved implicit bias.

“It’s not clear what the interaction was between her and the victim,” the statement said in part. “Therefore, we have ceased handling it under our normal officer involved shooting protocol, a blood sample was drawn to test for drugs and alcohol, we are in the process of obtaining a warrant, and we have also invited the Texas Rangers to conduct an independent investigation.”

Jean’s mother was incredulous when hearing the news that her son had been gunned down by a police officer in his own home.

“Somebody has to be crazy not to realize that they walked into the wrong apartment,” Allison Jean, who lives in the family’s native St. Lucia, told NBC News. “He’s a bachelor. Things are different inside.”

From Kamala Harris To Stacey Abrams: How Black Woman Are Saving Democracy

in an attempt to disperse crowds, #DavidMcAtee, a louisville bbq chef known for serving cops free meals, was shot and killed by the police last night. he was unarmed. not only were the officers’ bodycams off, but they also left his body on the street for 12 hours.
say his name. pic.twitter.com/kqOPku8iuQ

This is #GeorgeFloyd speaking to the youth before he died. pic.twitter.com/sMV8YOoTlQ

The GBI is investigating an OIS involving the Evans County Sheriff's Office and Yassin Mohamed. Mohamed is deceased. https://t.co/KwJi3e1YDc pic.twitter.com/2LQNnEhWOE

The City of Minneapolis has reached a $795,000 settlement with the family of Terrance Franklin, fatally shot by officers in 2013.https://t.co/ewKclYB2Pg pic.twitter.com/JzMIl7USoh

They murdered my cousin. How do you have someone in handcuffs and in a seat belt and shoot them multilpe times.All cops aren't bad but those were. I will fight with the last breath in me for justice. William Green was a family man, a working man. Funny. Loving. Love and miss you. pic.twitter.com/PhM3a6C7uj

This is a 2019 mugshot of the murder suspect Cobb police shot & killed today. Samuel Mallard, 19, was previously arrested for impersonating officers a half dozen times. In the 2020 case, the GBI says he’s involved in a murder/robbery. CCPD says there are other suspects. @wsbtv https://t.co/7EfuVQLmNB pic.twitter.com/ttWg5HjFkj

Former Officer Robert Olsen killed Anthony Hill over four years ago and was finally convicted (not of murder). Will get get the Amber Guyger treatment? #AnthonyHillhttps://t.co/HZVf3tOEOL

BREAKING NEWS OUT OF SOUTH BEND:

Two lawyers representing the estate of 54-year-old Eric Logan, who was shot and killed by a South Bend police officer, have sued that officer, Sgt. Ryan O'Neill and Mayor Pete Buttigieg.

The suit was filed in federal court today.

Gregory Hill, Jr. - the family of Greg Hill grants permission to use these photos to honor Greg or tell his story. pic.twitter.com/uhn1RbEQBv

This is Jaquavion Slaton, the 20-year-old who was was shot & killed by Fort Worth Police on Sunday. Community demanding release of body camera video, but FWPD hasn’t said when/if that will happen. #WFAA pic.twitter.com/iakQyWrRCl

No one deserves to be shot and killed like this.

I could say so much but I’m really at a loss for words. pic.twitter.com/9EFhUplHDw

One of six officers who fired at Willie McCoy had killed unarmed man in 2018 || Via: Guardian https://t.co/CjrSIa8r1Z

American police just killed another "good guy with a gun."

Emantic Fitzgerald Bradford Jr., better known as EJ, the son of a police officer, was an active duty officer for the Army, home for Thanksgiving.

Murdered by police yesterday in a mall shooting in Alabama. pic.twitter.com/xHsiOPUD5y

Family of D’Ettrick Griffin, man fatally shot by police while trying to steal an unmarked cruiser, is suing City of Atlanta and officer involved https://t.co/4oBbxFAvoF pic.twitter.com/0KMeVwST9I

Security guard Jemel Roberson was holding down a shooting suspect when police burst in and shot Roberson instead. pic.twitter.com/zNsYvQMRg8

The young man who was killed by a Dallas police officer in his own apartment this morning has been identified as 26-year-old Botham Jean. He worked at the PwC firm in Downtown Dallas. https://t.co/oyjHMdMXVv pic.twitter.com/uSvJWJ062e

Patrick Harmon was shot and killed by police in Salt Lake City, Utah. The district attorney says the shooting was "legally justified." pic.twitter.com/zYBOwlTzRb

Friends and family of Jonathan Heart aka Sky Young, a young #homeless man killed last Sunday at a Walgreens in #Hollywood for allegedly shoplifting, gather tonight to remember the 20-year-old. pic.twitter.com/uiMRiFnutq

Dash cam footage of police killing Maurice Granton Jr. has been released. His family says it proves that he was unarmed pic.twitter.com/YLAM7my1ny

Social Media Says It Has Identified The Dallas Cop Who Shot And Killed A Black Man In His Own Home  was originally published on newsone.com 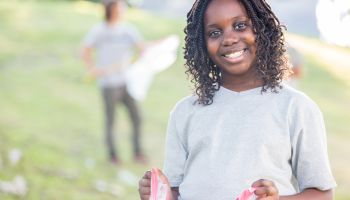