#OHSOREALScenario: Too Vain For Love?

Love And RnB with John Monds

If you know someone who has a situation they could use a little advice on, shoot us an inbox message on Facebook to hear their scenario discussed on-air. We’ve been known to help quite a few feel better about their decisions and a little conversation never hurt anybody. Call 844-258-8762 and share your advice on Valerie’s #OHSOREALScenario:

Valerie 36 and Sean 41 work in the same building and became friends over the years. They’ve eaten together in the cafeteria and went on group outings with mutual friends. They’re both single but Valerie never considered dating Sean because she has a hard rule to never date a guy with dreadlocks.
Sean recently asked Valerie out on a date and she said she’ll think about it, but she cannot get over his long dreaded hair. Sean has all the other qualities Valerie is looking for in a partner, but she’s turned off by his hair.
Tonight Valerie is asking; should she swallow her fear of dating a man with dreads and give Sean a try, or is dating Sean a waste of time since she already has a problem with dreadlocks?

Connect With Us On Social Media

#OHSOREALScenario: Too Vain For Love?  was originally published on mymajicdc.com 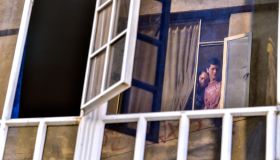