Israel Houghton’s attorney said he has been kicking down money for the two children since they were born. He’s on tour and that may be why he hasn’t been served them papers yet.

The Texas State Attorney General’s Child Support Division has sued Israel to force him to pay money for the 2 kids he allegedly fathered while still married to his wife of 20 years.

YES THE GOSPEL DUDE CHEATED ON HIS WIFE!!!!

The attorney general demanded in court papers recently that he start paying both back and current child support for the 2 sons as well as medical expenses and health insurance.

The state wants Houghton come up with his tax returns, checking and savings accounts statements, 401K info, proof of health insurance coverage and income history so that the court can figure out how much he owes. If Israel don’t kick down the money the attorney general’s office said it’s not above garnishing the man’s wages to pay for the children’s needs.

Israel Houghton has already admitted that the kids are his BUT….

He’s using the court system to say that the younger of the 2 kids is his…WOW!!!!

Both kids have Houghton’s last name, according to the lawsuit. THIS IS HIS NEW LADY… MAN IF YOU MESS THIS UP… 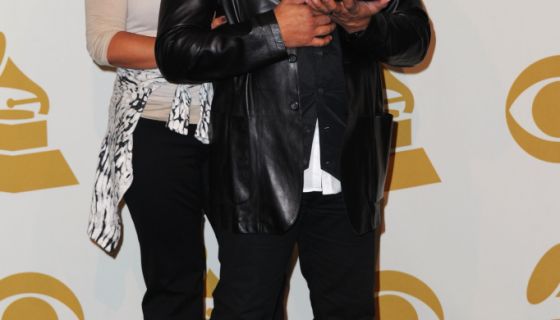