Angela Davis On Not Endorsing Any Presidential Candidate, Says We ‘Need A New Party’

The activist and scholar told Democracy Now! that America needs politicians who "can speak to all of the issues around racism, sexism, homophobia, transphobia."

Professor and former Black Panther Angela Davis recently told Democracy Now! that she will not endorse any presidential candidate in the upcoming 2016 Election.

Angela Davis: @HillaryClinton is "so reluctant to address racism that she once said… all lives matter." pic.twitter.com/x0xIxQdkqy

“I don’t endorse. But let me say that, well, to be frank, I’ve actually never voted for one of the two-party—two major parties in a presidential election before Barack Obama.”

Davis also added that she believes in “independent politics”  and perhaps we need a third party that can speak better to the issues that impacts people in America, especially those of color.

“I still think that we need a new party, a party that is grounded in labor, a party that can speak to all of the issues around racism, sexism, homophobia, transphobia, what is happening in the world. We don’t yet have that party,” she told host Amy Goodman.

Davis also had a lot to say about the current election cycle.

On Donald Trump refusing to disavow the KKK’s endorsement:

Well, it didn’t really surprise me. We’ve seen the development of a kind of a fascist appeal over the time that Donald Trump has been attempting to achieve the Republican nomination…And it’s interesting, of course, that [on Super Tuesday] he won precisely those states below the Mason-Dixon Line that historically have been associated with that kind of violent racism.

On Black Lives Matter making sure they are part of the conversation:

I think it’s really wonderful that Black Lives Matter activists are participating in this electoral period in this way, forcing candidates to speak on issues about which they might not speak.

On what’s missing from Sanders’ version of socialism:

I would think that he might recognize the extent to which capitalism is racial capitalism, as Cedric Robinson pointed out. Capitalism was built on slavery. And throughout the history of capitalism, we see the extent to which racism is intertwined with economic oppression. It seems that he does not have the vocabulary that allows him to acknowledge the role and the influence that racism has played historically. He thinks that economic justice will automatically lead us to racial justice.

On how Clinton should have addressed her past “Superpredators” comments:

And, of course, Hillary Clinton should have said, “Well, I was wrong to use the term ‘superpredators.’ What I know now, I didn’t necessarily know then.” There are many ways in which she could have disavowed it. And we know, of course, that the Clinton administration was responsible, at least in part, in large part, for the buildup of what is now called mass incarceration with the passage of the 1994 crime bill.

Watch a video of the entire interview here.

Clinton, Sanders Forced To Get Real About Racism In The Criminal Justice System

‘I Expected Her To Be Angrier,’ Director Shola Lynch On The Making “Free Angela!”

Angela Davis On Not Endorsing Any Presidential Candidate, Says We ‘Need A New Party’  was originally published on hellobeautiful.com 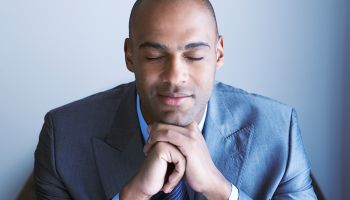