We’re only three episodes deep in season four of Love and Hip-Hop Atlanta, and the drama is already at As the World Turns status.

Last night’s ratchet saga opened with Erica consulting with her lawyer. Apparently, Scrappy owes $45,000 in child support and Erica has had it! She doesn’t want Scrappy to get locked up, especially since he has priors, but he’s on the hook to support Imani until she turns 18. Sounds like those LHHATL checks are either being mismanaged, not as hefty as we thought, or a combination of both.

Meanwhile in #Messyville, Yung Joc’s Sugar Mama KD stops by his studio session to check on him because she’s funding his new, um, project, but hasn’t heard from him in a while. KD is surprised to find Joc kicking it with Sina, his ex who claims KD stole Joc away from her. Sina makes it clear that she wants Joc back for “her family’s sake,” and ruthlessly torments KD about the nasty things she does with Joc. “Does your girl know that we’re still smashing?” Sina asks before their dramatic argument ends. No fists were thrown, this time but Sina tried it!

Joseline rides with Stevie J to check in to his 30-day rehab stint, and they’re all dramatic like he’s going to jail for 10 years. The couple exchanges ‘I love you’s’ before Stevie goes in seemingly confident that rehab will help him be a better man.

Momma Dee confronts Erica on behalf of Scrappy because he got served with court papers, and because, he’s a manchild who can’t handle his own business. She’s obviously not happy about the child support situation and tells Erica to prepare for a battle in court. Erica, not thrilled about more impending beef with Momma Dee, does not back down, though.

We find Miss Joseline rehearsing for upcoming shows and generally keeping busy to pass the time while Stevie J completes rehab. Karlie Redd makes an appearance at the rehearsal and tells Joseline that she will no longer open a store with Erica, as initially planned, and that she will be opening a store with a new business partner. Erica, of course, doesn’t know any of this yet and still thinks that her business with Karlie Redd is on, so we know the beef is coming.

KD and Sina meet up over lunch for more Angry Bird talk about who had Yung Joc when. Sina gloats about how she’s still messing around with Joc and the entire conversation basically sounds like this Mokenstef song. However, KD is still skeptical because she believes Joc, who denies sleeping with Sina, and wants proof. Sina obviously doesn’t have it at the moment but those plans are in the works—meanwhile, viewers with a modicum of intelligence are wondering why they hell these women won’t hold Yung Joc accountable for his lying, cheating, dirty dog ways. And then, why are they fighting over Yung Joc anyway? Is there Kryptonite in his peen?

K Michelle is in town working, but catches up with her girls, Karlie Redd and Jessica Dime for a ki-ki. Karlie Redd, being the Messy Boots Team Captain she is, reveals Stevie J and Mimi are in business with a music management company and K. Michelle delivers the quote of the night with, “What’s the love of music? Does she make beats with her ass cheeks?” Oh, K Michelle, too bad you can’t stick around longer this season.

Mimi seeks advice from Ant Deb because she finally realizes how stupid it was to go into business with Niko. As we know, Mimi signed a three-book deal with Niko, giving him 25% of her earnings. Deb, being the fox she is, tells Mimi to give him three lame books and move on. Mimi is on #TeamBadDecisions, but if she takes Deb’s advice, she’d deliver three five page children’s books and get Nikko out of her life. The last bit of advice Deb gives Mimi is to take Stevie’s advice and meet up with Joseline to try to resolve their issues.

Erica and Rasheeda get together to catch each other up on life, and Rasheeda unwittingly reveals that Karlie Redd plans to open her store without Erica. The latter, raging mad, concludes that “[Karlie] really is a messy ass bitch,” as if she never knew this from past experiences.

Sina lures Yung Joc to her house to seduce him on hidden camera and her plan works because as she says, “Joc is like a little puppy, all he needs is a little treat and he’ll come running.”

Joseline and Mimi meet up, but it obviously it doesn’t go well. Mimi tries to get an apology out of Joseline for trying to beat her brains out in New York but Miss Joseline plays dumb and claims to have never done anything to Mimi. They antagonize each other with lackluster witticisms before Mimi finally storms away, but not before being called “flatty,” by Joseline. Sorry, not everyone can have a surgically manipulated, monster booty.

Erica and Rasheeda visit Karli Redd at her store’s grand opening and call her out on her shady business move. Karli Redd is unbothered and tells them that they’re mad because she made it happen for herself first. Jessica Dime jumps into the fray, calling them haters, and Erica doesn’t take that too well, calling her Ronald McDonald due to her bright red hair. Erica and Rasheeda leave without any bows being thrown but this is definitely war with Karli “Messy Boots” Redd. 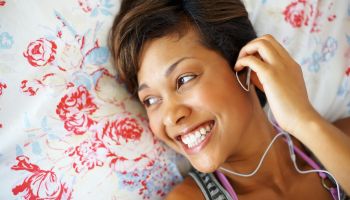